1000 small yellow whistles – imprinted with „stop deportation” – and a short info-flyer with experiences from Osnabrück have been distributed during the parade in Berlin around the Dublin-truck. „Deport Dublin, not Refugees“ was the message at the banner on the truck and a huge whistle hung down – against the hex of the fingerprint! Following some excerpts of the impressive speech of the refugees from Osnabrück about their successful struggle against Dublin-deportations:

„ … We chose with no route the sea and the boats of death. In the middle of the annoyed sea we stick to hope of dignified life in the north. We thought that when we cross the aggressive waters of the mediterranean we will land on the „Promised Land“ which will save everyone life.

We did not know that we would face the monster of the laws, cement and bureaucracy. We burned our fingers bye our fingers to escape the fingerprints ghosts, expulsion and forced deportation.

The fear of police and discharge has become the distinctive feature of our days in Europe „The Promised Land“. We live an illegal life, which we did not think before that we as human beings could be illegal. We live in assembly camps as we are chicken coop, the foxes of the enforced deportation hunt us one by one.

We applied for a new Asylum to the forests, nights and the train stations to hide from the ghosts of the police and deportation. Our lives future became like the jump in the dark.
With the great solidarity from our supports in No Lager Osnabrück we discovered the secret of the whistle. The whistle of self-organization and team action. It became like our symbol of resistance to deportation.

By whistles we managed to stop the foxes enforced deportation from our chicken coop, for more than three months we work in a night shifts to protect our dream of a simple life and decent no more and no less. …“

(The whole speech in German and English) 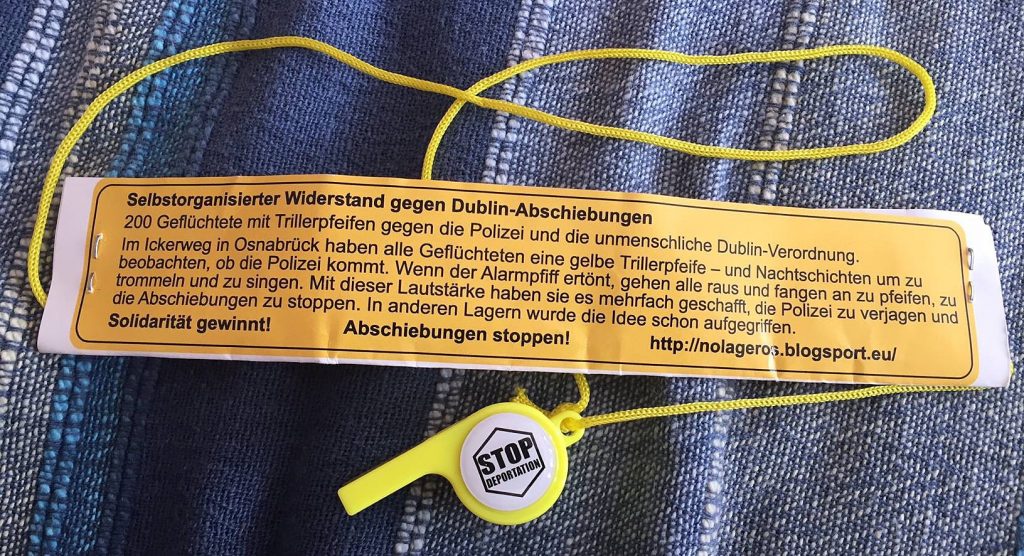 Still refugees are deported back and forth through Europe. Many reach Germany after an odyssey, caused by the fingerprint, which they have been forced to provide in the first EU-country of arrival. On the base of the socalled Dublin-regulation the responsibility for the asylum procedure belongs to the state, which could not prevent the entry.
Against the deportations within Europe silent and loud forms of resistance come up every day. Not only in Osnabrück refugees organize themselves against deportations. Also from other camps reports reach us about collective protests.
Many cannot be met in their rooms, when they should be deported in the early morning. They sleep in houses of friends or relatives. But as longs as they appear again in their official places of accommodation and registration, they cannot be handled as disappeared.
Some affected refugees got support by church groups and they stay for weeks or months in church asylum until the 6 months transfer deadline, within which they can be deported, is expired.
Some even resisted still in the airplane against their deportation – and pilots refused to transport the involuntary travelers.
Deported refugees did not stay in Italy, rather most of them leave again. Back to Germany or sometimes to other european countries, as long as they find a safe place to live.

At 16th of September all together we presented on the streets our (often invisible) protests against the socalled Dublin-deportations, the deportations within Europe. Beside the stories of resistance and symbols and pictures we also have distributed practical guides for all, who have been on the streets with us and who are still under deportation risk within Europe.
This Guide just is in translation and will be available in many languages very soon at the link above.

On the history of the struggles against Dublin-deportations a longer article was recently published in a brochure about the Balkanroute. There’s an english version and a german version (on the website of Lampedusa in Hanau). 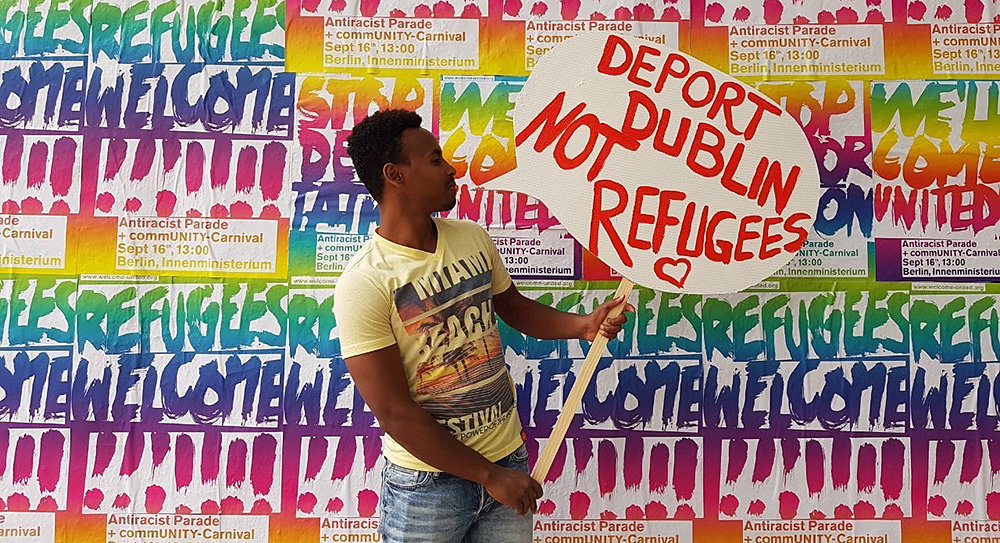 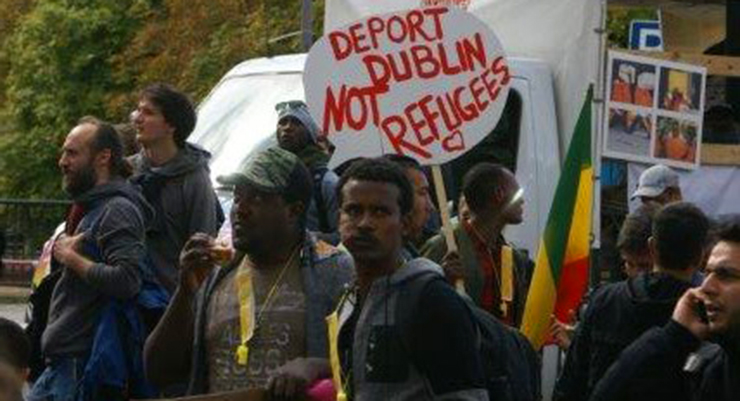 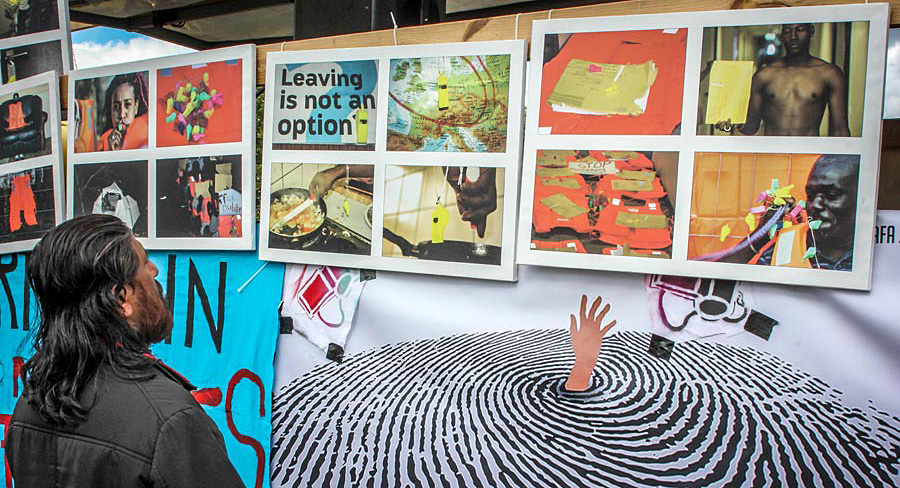 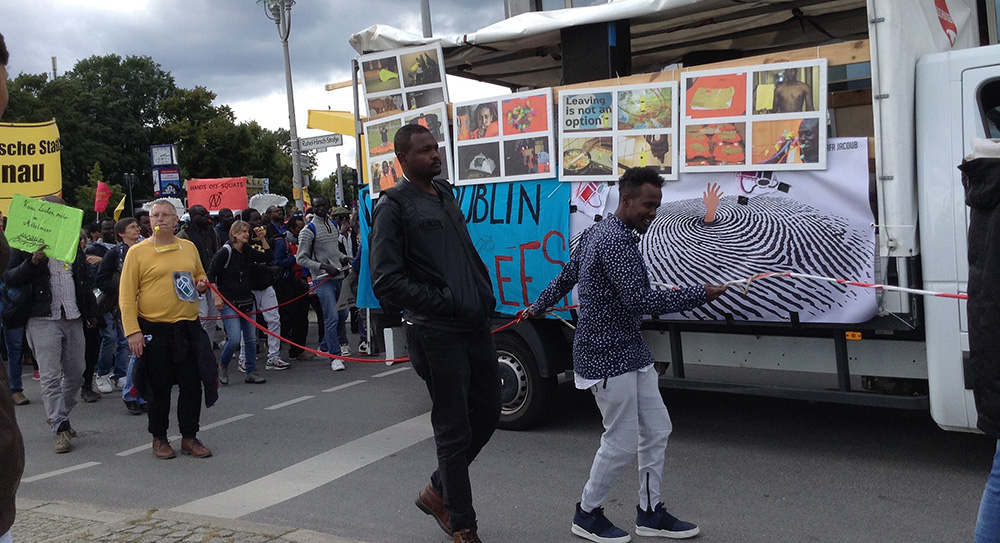 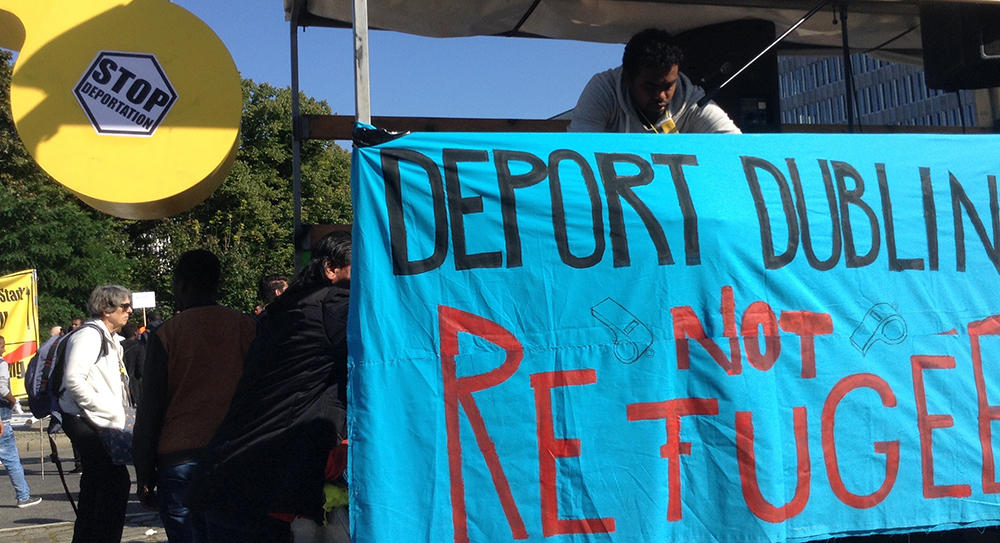 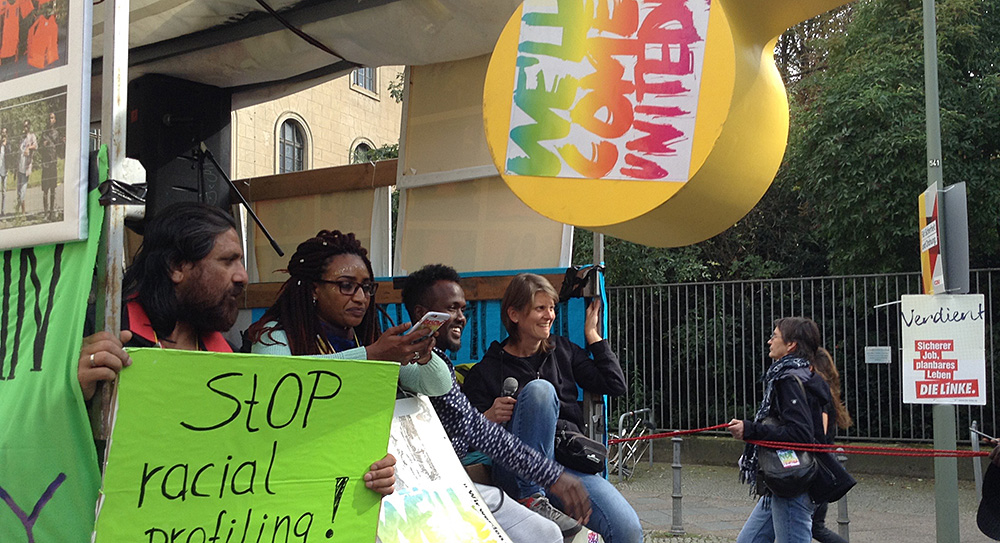 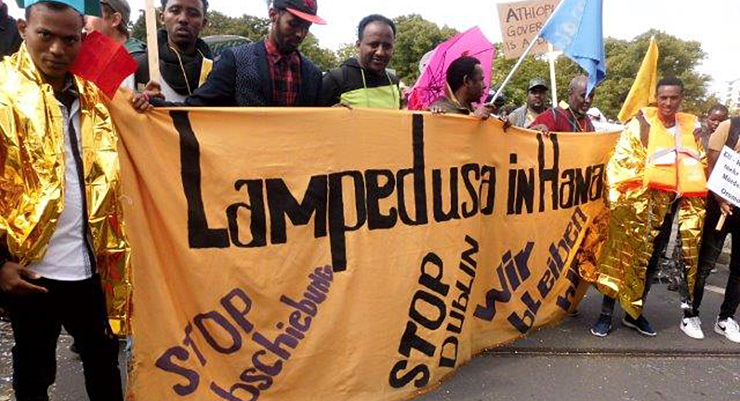